Take your leadership skills to the next level by joining your peers for the Leadership Capstone course taking place on October 25 & 26, 2021. This course includes a two-day in person program, plus an ongoing six-month learning component that allows participants to continue developing leadership skills throughout the coming year. With the completion of Capstone, participants are eligible to earn a Certificate of Leadership in Hospital Medicine (CLHM) Designation.
Please note, participants must have attended at least one previous Leadership Academy course to participate in the Capstone program.

The Leadership Capstone program is recommended for hospitalists with three or more years of experience, who are already leading or preparing to lead an academic, business, or clinical change initiative at their institution. The course incorporates new didactic content and facilitated workshops.

Participants will have the opportunity to practice skills through role-playing, improve their personal and professional plans and will leave the two-day course with an assigned “learning pod” – a group of peers plus a coach – to continue learning for six months following the program.

Once a month, a check-in via video call will take place and include structured discussions, opportunities to share challenges and/or lessons learned as well as additional content on universal topics like total life-work integration – a leadership community of practice.

For the 2021 participants, calls will occur from November 2021 through April 2022. To provide you with as much flexibility as possible, the exact days and times will be scheduled by you and your pod members on the last day of the course.

Certificate of Leadership in Hospital Medicine

The Certificate of Leadership in Hospital Medicine (CLHM) cultivates leadership skills in the context of specific hospital medicine challenges. Participants develop a professional portfolio that showcases their ability to plan, execute and evaluate initiatives that strengthen hospital medicine programs. This designation informs employers – or potential employers – with confidence that a candidate is equipped and ready to lead teams and grow the organization.

To become eligible for the optional CLHM designation, Leadership Capstone participants must:

Once you have completed your coursework, there is no additional fee to submit your CLHM Final Report and apply for the designation.

The Society of Hospital Medicine is accredited by the Accreditation Council for Continuing Medical Education (ACCME) to provide continuing medical education for physicians.

The Society of Hospital Medicine designates this live activity for a maximum of 12.5 AMA PRA Category 1 Credit(s)TM. Physicians should only claim credit commensurate with the extent of their participation in the activity.

Successful completion of this CME activity, which includes participation in the evaluation component, enables the participant to earn up to 12.5 MOC points in the American Board of Internal Medicine’s (ABIM) Maintenance of Certification (MOC) program. Participants will earn MOC points equivalent to the amount of CME credits claimed for the activity. It is the CME activity provider’s responsibility to submit participant completion information to ACCME for the purpose of granting ABIM MOC credit.

The American Osteopathic Association (AOA) has approved the program of the Society of Hospital Medicine for 12.5 AOA Category 2-A CME credits. 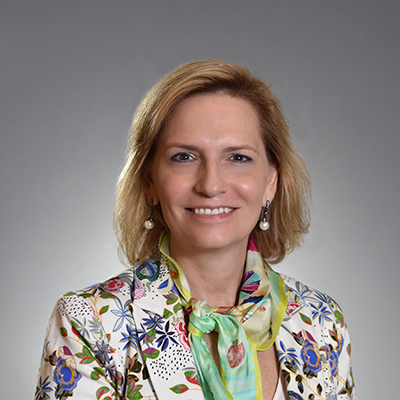 Dr. Nancy Spector is a Professor of Pediatrics and serves in dual roles at the Drexel University College of Medicine (DUCOM): as Executive Director of the Hedwig van Ameringen Executive Leadership in Academic Medicine® (ELAM) program, a part-time year long, national leadership fellowship program for women in academic medicine, dentistry, public health, and pharmacy, and as Vice Dean for Faculty. Known for her leadership abilities and her facilitation skills, Dr. Spector is sought after as a speaker and a visiting professor. Her contributions to graduate medical education and academic medicine are in leadership skills development, professional development, gender equity, mentoring and sponsorship, and curriculum development and implementation. She is a member of PROWD (Promoting and Respecting Our Women Doctors).  In addition to her roles at DUCOM, she has been the educational leader of the I-PASS Handoff Study Group and serves as the Chair of the I-PASS Executive Council and is a co-founder of the I-PASS Safety Institute.

Dr. Spector was elected to Alpha Omega Alpha and is member of the American Pediatric Society  She has received numerous awards for teaching, mentoring and innovation, including the Robert S. Holm Award for her extraordinary contribution in pediatric program director leadership and mentorship from the Association of Pediatric Program Directors, the Elias Abrutyn Mentoring Award from Drexel University College of Medicine, the Miller Sarkin Mentoring Award from the Academic Pediatric Association, the Elizabeth Bingham Award from the Association for Women in Science, Philadelphia chapter, the Women in Medicine Summit She for She Award,  the American Medical Association Inspiration Award, and the Association of American Medical Colleges GWIMS Leadership Award for an Individual. The I-PASS Study group that she leads was a HBS/HMS health acceleration challenge finalist and received the Cox Award, and the I-PASS Handoff Program received the John M. Eisenberg National Patient Safety and Quality Award, Joint Commission and National Quality Forum. 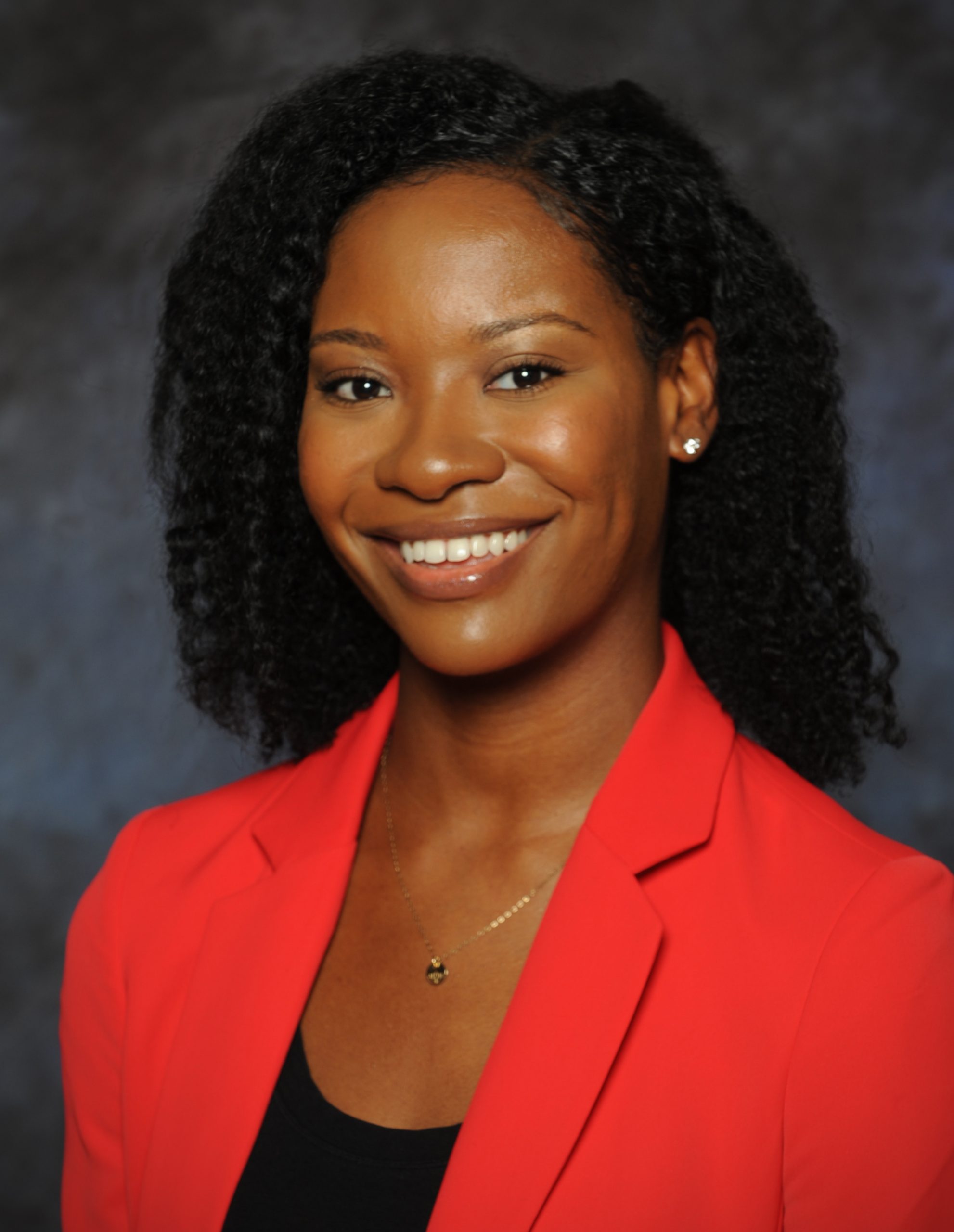 Dr. Kheyandra D. Lewis is an Assistant Professor in Pediatrics at Drexel University College of Medicine in Philadelphia, PA. She received her BS in biology at Philadelphia University and her MD from Temple University School of Medicine. After completing pediatric residency training and a chief residency at St. Christopher’s Hospital for Children in Philadelphia, she joined the Section of Hospital Medicine. As an Associate Program Director for the pediatric residency, she co-directs the professional development curriculum and is the Chair of the Clinical Competency Committee. Additionally, she is the Co-Director for the Simulation Center at St. Christopher’s and co-facilitates a newly developed leadership academy for medical students in the student government association at Drexel. In 2019, Dr. Lewis was selected to participate in Drexel University College of Medicine’s inaugural Faculty Launch leadership program, a 9-month program designed to foster interdisciplinary mentoring and leadership training. More recently she received her Master’s in Medical Education at the University of Cincinnati in December of 2020.

Her research interests focus on feedback, professional development, communication and patient safety. Dr. Lewis has been a key faculty member for I-PASS education at St. Christopher’s since the creation of a standardized handoff program. She served as a site Co-Investigator for the PCORI-funded Patient and Family Centered I-PASS study and served on the Campaign Committee and Simulation and Educational Strategies Support Team. She is now active as a member of the Implementation and Simulation Committees in addition to her role as a physician mentor to two children’s hospitals for SHM’s I-PASS Safer Communication on Rounds Everytime (SCORE) Mentored Implementation Program.